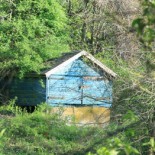 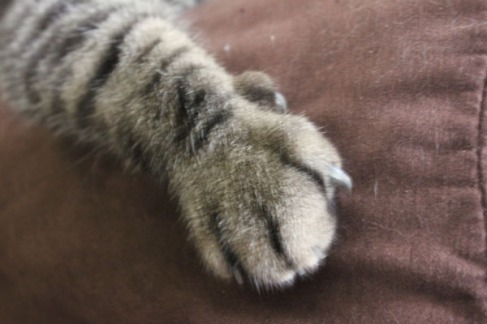 Have to admit….I only feel comfortable around those who embrace the human-animal bond.  Maybe I’m strange…..These types are usually sensitive (if not a little too much so) and attempt to be thoughtful of others (sort of like me, most days).  There will be those who’ll nod their head in agreement “Yes, my pet is a best friend” and those who will chuckle with a scoff.  “Animals don’t feel pain the way humans do.”  Really?  “It’s just a dog/cat.  They’d forget us in two weeks if we went on vacation.”

People who resonate with animal-human connection include:

*People who have been hurt by others and have trouble trusting
(Hence the bumper sticker ‘The More People I Meet, The More I Like My Dog’)

*People with a sense of play and childlike wonder

A story which comes to mind is one of a woman claiming that her dog saved her life.  She further explained that after an accident left her unable to walk, the love of her dog saved her from taking her own life while enduring a deep depression.

Many things have been said about having pets – they’re expensive, messy and need attention.  All is true.  They are also joyous, feeling, giving creatures that can oftentimes speak to us in ways other people cannot (similar to how music stirs emotion in us that we can’t to articulate, but feel to the deepest core).

If you’re reading this, you’re probably in the ‘pets as best friend category’ and there’s no need to continue with my point.

We recently stumbled across an amazing documentary about the story of ‘Christian the Lion’ via Alioncalledchristian.com.au.

Although it appears we’ve been living under a rock to not have heard of this highly-publicized story (as feature on Oprah and many other shows, along with the initial reunion video going viral 30 years after the taping) here is a description of the Amazon page for the book ‘A Lion Called Christian: The True Story of the Remarkable Bond Between Two Friends and a Lion’:

“A Lion Called Christian tells the remarkable story of how Anthony “Ace” Bourke and John Rendall, visitors to London from Australia in 1969, bought the boisterous lion cub in the pet department of Harrods. For several months, the three of them shared a flat above a furniture shop on London’s King’s Road, where the charismatic and intelligent Christian quickly became a local celebrity, cruising the streets in the back of a Bentley, popping in for lunch at a local restaurant, even posing for a fashion advertisement. But the lion cub was growing up—fast—and soon even the walled church garden where he went for exercise wasn’t large enough for him. How could Ace and John avoid having to send Christian to a zoo for the rest of his life? A coincidental meeting with English actors Virginia McKenna and Bill Travers, stars of the hit film Born Free, led to Christian being flown to Kenya and placed under the expert care of “the father of lions” George Adamson. Incredibly, when Ace and John returned to Kenya to see Christian a year later, they received a loving welcome from their lion, who was by then fully integrated into Africa and a life with other lions.” (From the Amazon page for A Lion Called Christian: The True Story of the Remarkable Bond Between Two Friends and a Lion).

If you’ve not watch the footage from this amazing story, please do so.  You will be touched!  It’s an amazing, bittersweet story of friendship, sacrifice and adventure.  You can also visit the site from Ace Bourke and John Rendall at ALionCalledChristian.com.au

The authors invite you to submit your own animal or pet bonding story here (via upload from their site).